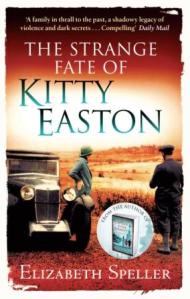 A gentle mystery this, at least at first glance – but as you read, the strands of the character’s lives enmesh you in a web of violence, duplicity and sacrifice. Underneath the crumbling edifice of a world fractured by war, its class system rotting, is the imprint of a long forgotten labyrinth, a pagan metaphor for journeying to the core of self; and as today’s brutality breaks through its secret passageways, no one will be left unscathed. It’s 1924 and Laurence visits Easton Hall to investigate the mythology of a local church, but instead finds himself an amateur detective, searching for the truth about a young girl who disappeared in 1911. Her mother Lydia has never recovered from the loss, but there is a conspiracy of silence around what happened to the child, which makes everyone a suspect… And when another girl disappears, old wounds are reopened. There are layers and layers in this novel which make for a satisfying read: class struggle, women’s emancipation, sexual liberation, the trauma of war, and ancient mysteries, culminating in a surprising and satisfying resolution. Not having read The Return of Captain John Emmett, Speller’s previous novel, I felt I did not entirely relate to Laurence’s character (whose story began there), but this didn’t spoil the story for me; the 1920s setting is intriguing and Speller’s depiction of a society which has been unravelled by the horror of war is very moving. Rating: ***