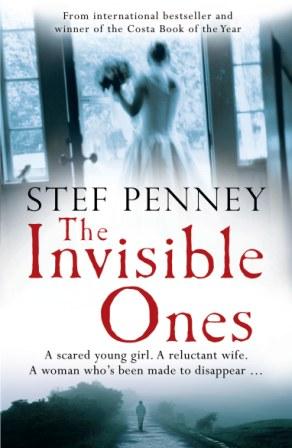 A much anticipated second novel, and in my opinion better than The Tenderness of Wolves, this is a real honeysuckle – with subtle notes it twines its way into your consciousness. Ray is a private detective hired by Leo, a Romany gypsy, to find his daughter Rose, who has been missing for seven years. Ray is at first reluctant to take the case as he has severed his ties with his Romany roots and has been living as a gorgio – non-gypsy – for years. But when he visits the Janko family, into which Rose married and who Leo suspects may have harmed her, he becomes completely entangled with their lives, even as he determines to find out what happened to the poor girl. Grandfather Tene, confined to a wheelchair, exudes wisdom and sorrow even as a suspect; Rose’s husband Ivo is as sympathetic as he is withdrawn and exhausted from being a single parent to a disabled child; and Lulu, who is living as a gorgio, embodies a sexuality that both repels and bewitches the hapless Ray. Teenager JJ, meanwhile, acts as a dual narrator from within the family itself, giving a different perspective on the unique cast of characters. Are they really killers? What is the mysterious family illness? And why are the Jankos so set apart not only from gorgio society, but also the Romany community? As both Ray and JJ attempt to solve the mystery at the heart of the family, you the reader are drawn into a close-knit world that is about to change in unimaginable ways.

There is humour in this story as well as pathos; there are real people at the heart of it, and nothing is as it seems. The plot has several ingenious twists and turns that keep you guessing until the big reveal; immaculately plotted, and with a deft grasp of characterisation, Penney reveals herself as a skilled storyteller and a writer to watch.

I have to confess that I did guess the ending, but this in no way spoilt my enjoyment of the story as it unfolded, and my real sense of involvement with the characters. I engaged with the split narration between Ray and JJ – as both belonged, yet were outsiders in their own way, and their individual journeys were interesting and enjoyable. This is a book of surprises, and I now eagerly await more stories by Stef Penney. Rating: ****